Bermuda continues as stopover 'hotspot' for superyachts in 2015 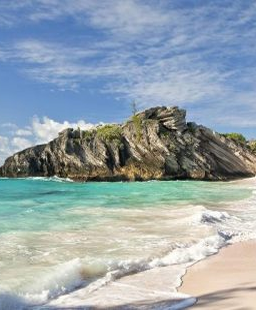 Bermuda continues to be the ideal stopover for yachts and superyachts crossing the Atlantic Ocean, making their way back to the Mediterranean for the coming season, according to yacht services company, Meyer Agencies.

It has recently been reported that Bermuda has seen the arrival of 42m motor yacht Calliope and 57m motor yacht Illusion V in recent weeks, and this looks set to continue.

Joe Simas, vice president of marine operations at Meyer Shipping commented, "Our peak season is April and May so we expect a few more superyacht calls on their way over to Mediterranean. Meyer Agencies has already provided a range of services to superyachts this month including berthing, bunkers, provisioning, crew transfers and more."

Jo also revealed that with the Atlantic crossing being such a long journey, superyachts mostly call at Bermuda for a bunker stopover, where they will wait for a 'good weather window' to continue their Atlantic crossing. 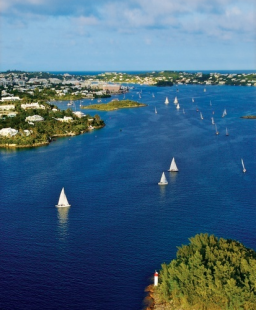 During the announcement of Bermuda securing the event, Harvey Schiller who serves as commercial commissioner for the America's Cup Event Authority (ACEA) said, 'One place stood out as the best location offering everything we needed to make it an exceptional event. I am pleased to announce that the America’s Cup 2017 will be held in Bermuda.'

Schiller made the announcement in a packed New York hotel before a 15-strong Bermuda contingent that included Michael Dunkley, the premier of Bermuda, Dr Grant Gibbons, the minister for economic development (who is also the bid leader) and Bill Hanbury, chief executive officer of the Bermuda Tourism Authority.

Mr Dunkley said, "This is quite a remarkable moment for Bermuda and our people. We are delighted to be here with you today and honoured that Bermuda was selected to host the 35th America's Cup in 2017. Being the home of the America's Cup is an extraordinary opportunity that aligns perfectly with the heritage, profile, spirit and future of our Island.

'In its 163-year history, The America's Cup has been held in just eight locations. Bermuda is honoured and proud to join this distinguished group. We thank the ACEA for their confidence in us and for their vision to evolve the experience for spectators and participants alike. There is no better vivid and hospitable setting than Bermuda to stage an event of this nature and for the continued evolution of the sport."